SUN’S OUT, BUNS OUT

Some sunbathe on the beach, others on the balcony – doesn’t matter, as long as you’re in the I-don’t-give-a-Pipi state of mind. A situation like that, when a girl in Osijek disrobed to catch some rays on her balcony, bothered the neighbours, who called the authorities and the girl got fined. However, that carefree attitude, according to Pipi, is not something that should be reported to the police, but rather something to be celebrated. That’s why we went on a search for the Pipi queen of carefreeness on social media, to offer to pay her fine. And this PR campaign was broadcast throughout the whole of Croatia. Because in order to be in the summer state of mind, you don’t need to be on the beach, sometimes it’s enough to step out onto the balcony. And to remind everyone of that, that whole summer a Pipi tram with this message drove through Osijek. 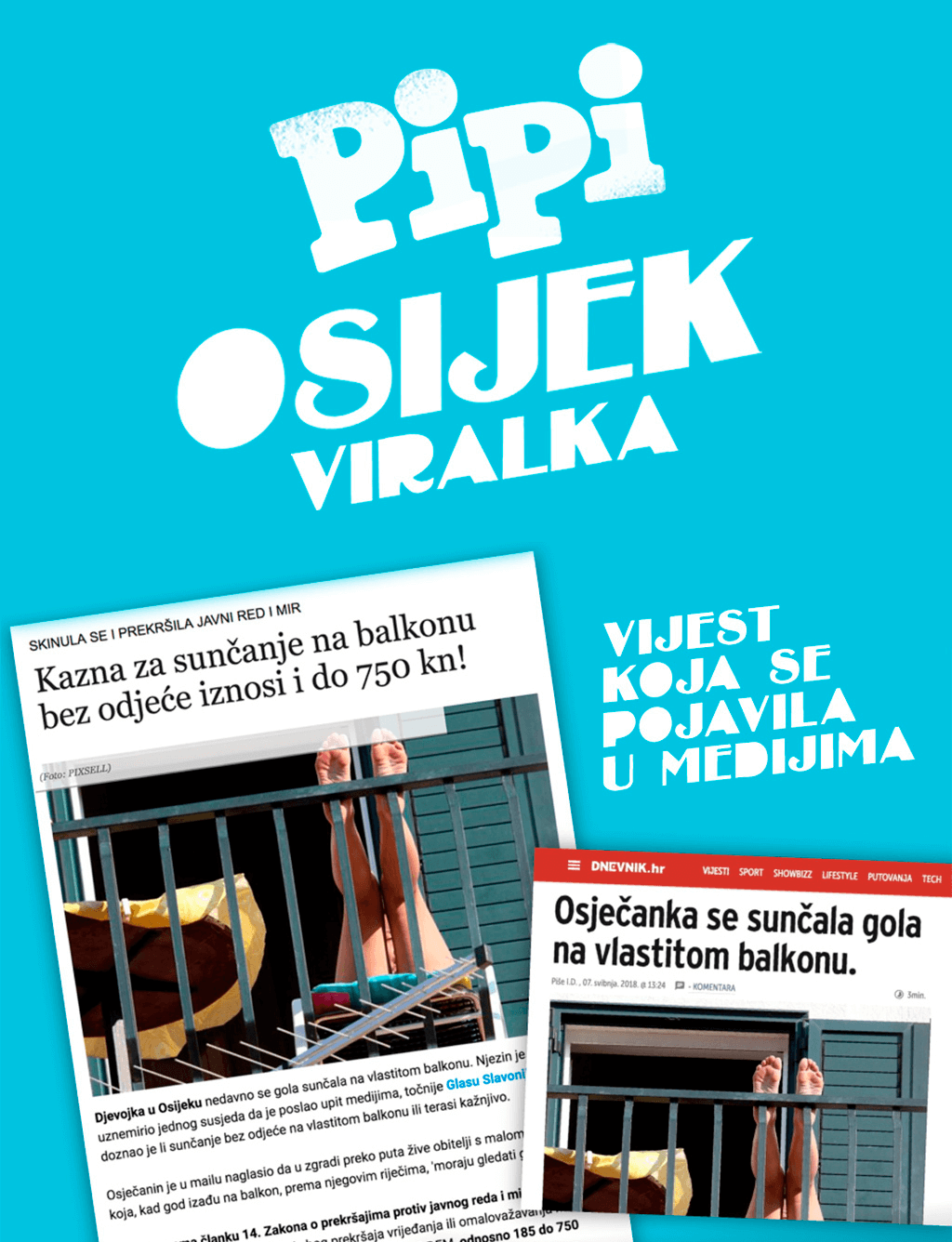 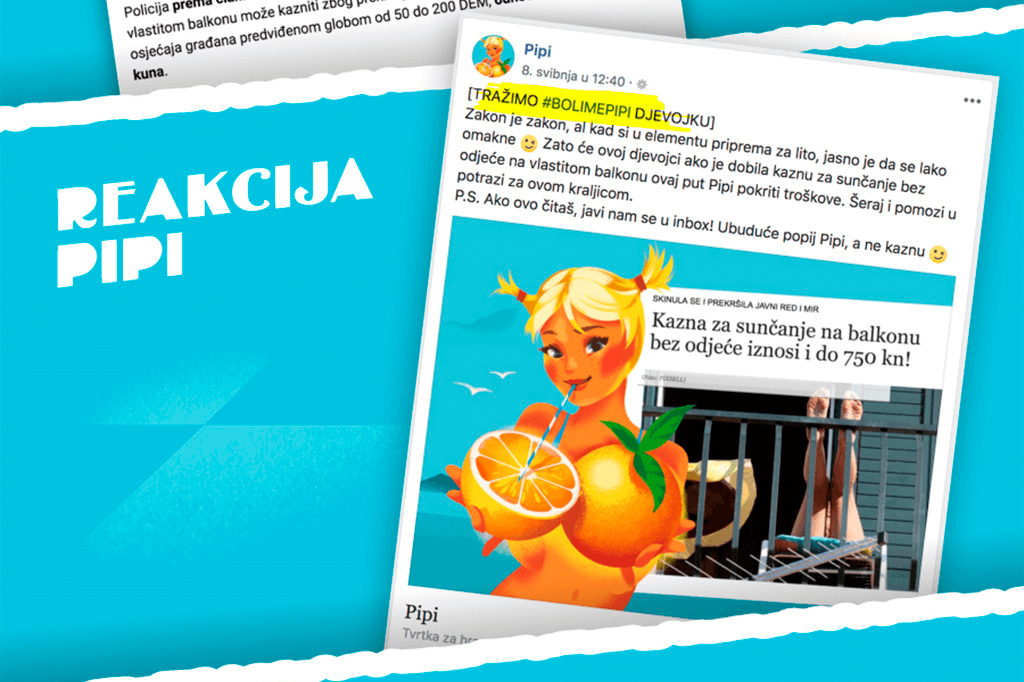 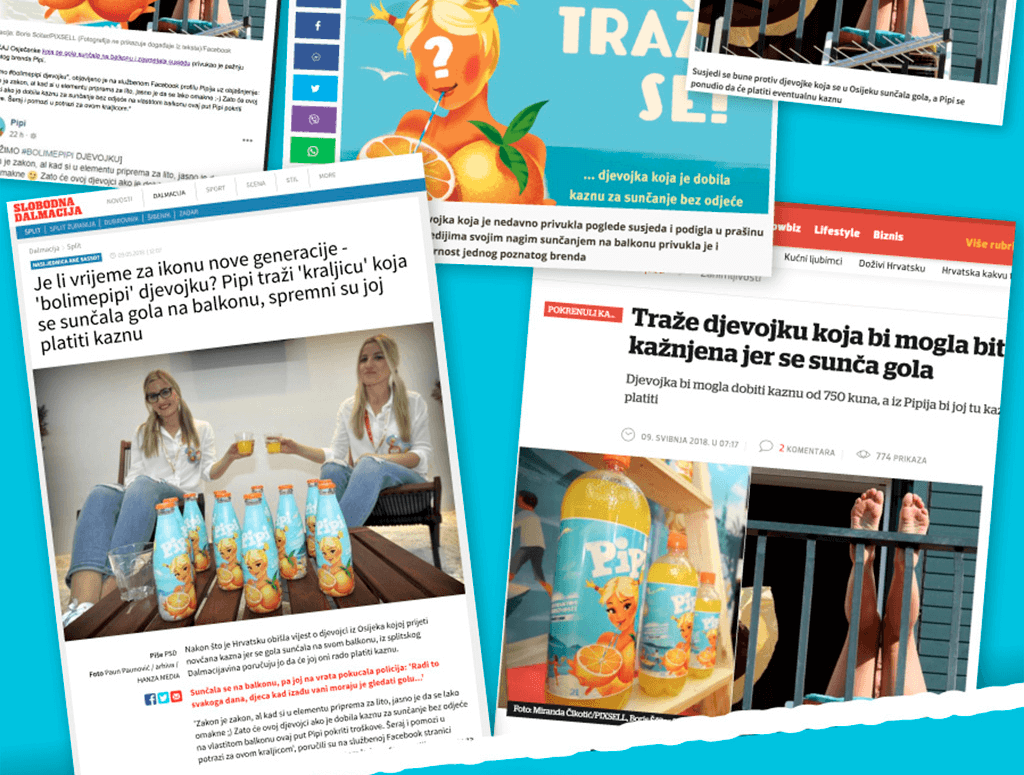