Imago Ogilvy and Pipi to sculpt a monument to the Unsculpted! 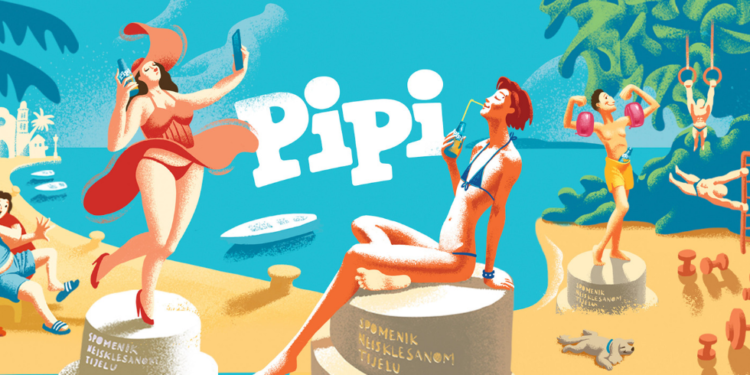 This summer, Pipi is setting up a monument at Split’s Bačvice beach to pay tribute to imperfect bodies. Brands trying to do honest and authentic work and using campaigns to justify a greater purpose and to connect with consumers is nothing new. The consumer, however, expects a brand to take concrete action – or instigate social change – that seems genuine, grounded, and authentic. And that’s what Pipi, one of the longest-lived local brands, has always been – close to the average local consumer, unpretentious, and honest. This is exactly what this year’s Pipi campaign is like.

The untighten, the undefined, the big-boned and the skin-and-bones, all the true kings of letting oneself go – are finally getting their place under the sun. This year, Imago Ogilvy and Pipi are bringing up the first Monument to the Unsculpted Body! Contrary to the imposed ideals of a perfect body, anyone with an imperfect body will get a chance to become part of the Pipi Monument.

The backbone of the campaign is the above-mentioned stone base on Bačvice beach, made in collaboration with Split sculptors. The base is getting an upgrade at the end of the summer to become a permanent Monument to the Unsculpted Body.

The special feature of the campaign is its successful blend of unconventional media that transcend the confines of classic advertising, with the focus placed equally on digital and social channels.

A new series of popular Pipi postcards, illustrated by Vedran Klemens for another year in a row, has also been launched as part of the campaign. The ten new motifs celebrate ordinary, imperfect people in relaxed and real situations that all of us might find ourselves in.

“It’s very important for a brand to stand behind the story it tells about itself. That’s why we want to show our consumers that we worship those who live our philosophy so much that we’re willing to put them on a pedestal. And we mean that literally, a stone one. Pipi is a brave brand that – as a challenger on a tight budget – has to be bolder than its competition, and we are very proud to continue this communication year after year, as it’s very different from what’s expected,” stated the Imago Ogilvy Advertising Agency Creative Director, Darko Bosnar.

Original article available on the link.