The most awarded Croatian campaign gets a follow-up 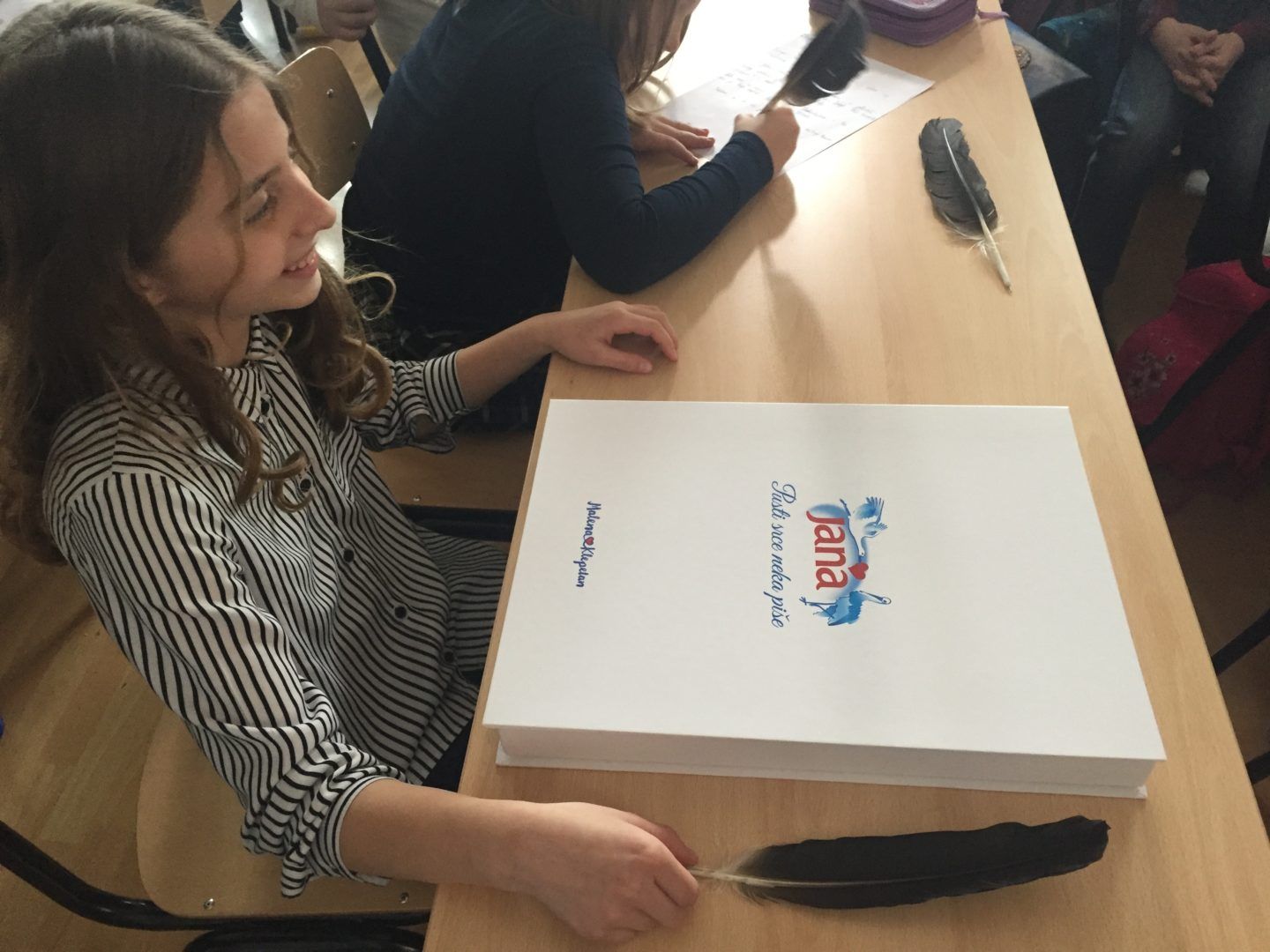 After last year’s exceptional success at international advertising festivals, the Malena and Klepetan campaign, created by the ImagoOgilvy agency for Jana, will soon get its follow-up.

This year, rather than remaining confined to a small Slavonian courtyard, the love of Malena and Klepetan will fly all around Croatia on Klepetan’s real feathers.

Each year, Klepetan loses several feathers, which Mr. Vokić collects from his nest and stores neatly as a memento. Now, these feathers were used to create quills, providing everyone with the possibility to express their love to someone. The very first love letters were written by children from the elementary school in the town of Brodski Varoš, where Malena and Klepetan’s nest is located. The letters were stored in a specially designed box, and together with the quills sent to addresses all around Croatia. The recipient can keep the letter and must send the box with a new letter to a new address. Perhaps one of the boxes will reach you, but if it does not, you can write your love letter on vodasporukom.com, and a calligrapher will transcribe it with one of Klapetan’s quills and send to the address of your choice. Jana provides us with the opportunity to bring a little love into the world and make it a better place. It is enough to remember someone who needs a little love and, as the campaign slogan says, let your heart write…

“There is a fitting verse that says ‘all paths lead downhill from the top of a hill’ that describes the situation perfectly in which we found ourselves, having won the Cannes Lion, GoldenDrum, Eurobest and all other awards and having to come up with a follow-up to the campaign. But then you realize that the only one it makes sense competing with is yourself, which is why we decided to outdo ourselves and create something even more beautiful than last year’s campaign. I am thoroughly convinced that we have succeeded in doing that” – says Igor Mladinović, chief creative director from the ImagoOgilvy agency.