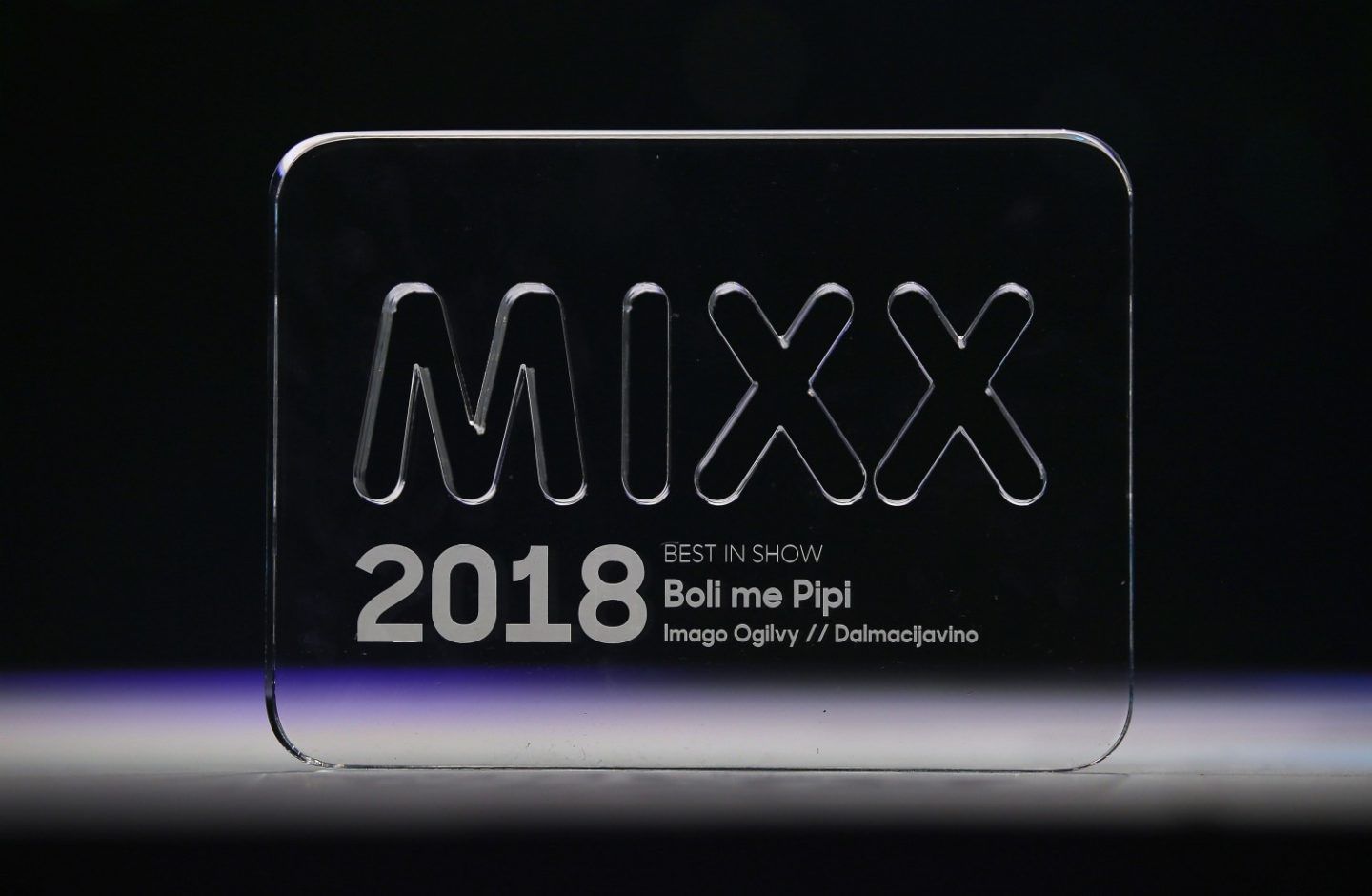 Last Friday, at the Days of Communication in Rovinj, winners of the MIXX competition were announced. This competition was organised according to the international IAB license, and celebrates the best digital campaigns conducted in the previous year. The prestigious Best in Show award this year went to Dalmacijavino and Imago Ogilvy, for their “Pipi” campaign.

Competition organisers confirmed that the number of entries increased by 15% year on year. In total, 78 entries were received for 10 categories. This year’s MIXX competition reflects the market trends and investments in owned communication channels, from proprietary websites to mobile apps. The organisers point out that digital content, both in the world and in Croatia, has reached the level that it can truly achieve impact on sales and brand parameters, either independently or as part of integrated communication.

Original article together with news about other successful campaigns are available on the link.